Arkane Studios and founder Raf Colantonio have made memorable games in the past (Arx Fatalis, Dark Messiah of Might & Magic) that ultimately suffered from a lack of publisher support. Bethesda Softworks believes in their vision and is giving them all the time, money, and development help (regular meetings with guys like The Elder Scrolls' Todd Howard don't make your game worse) they need. Harvey Smith, one of the main minds behind the first two Deus Ex games and a legendary veteran of game development, shares the vision and is on board as Dishonored's co-creative director along with Colantonio. Viktor Antonov designed Half-Life 2's iconic City 17 and is lending his talents to Dishonored's world. This is a perfect storm for creating a game that shatters the mold that first-person action games have built for themselves in the mainstream. 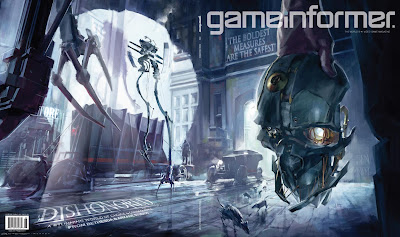 The Dishonored forums have opened over at Bethesda's official site. I hope you'll join us there. :)